All Borough offices and facilities are closed on Columbus Day, Monday, October 11, 2021.

Sewer fees can be paid until Tuesday, October 12th without penalty.

Please do not put brush & limbs at the curb after October 12th or you will receive a Violation Notice from the Code Enforcement Office!

Public Works will be open on Saturday, October 16th, 7:00 AM to noon to accept trash, including bulk items, and brush & limbs as usual.

And every Saturday morning thereafter except the day after Christmas!

Regular trash will be collected curbside as usual on Tuesday, October 12th.

Leaf collection begins Monday, November 1st.  Please do not place leaves at the curb prior to Saturday, October 31st, which is Halloween! And please do not place leaves in the street!  Leaves should be stockpiled in the grass area between the curb and sidewalk if at all possible.  For more information on solid waste please click on the link below.

For those residents having off on Columbus Day please enjoy your holiday weekend! 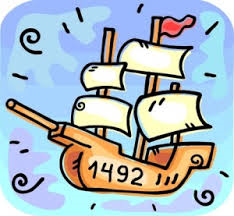 Columbus Day, which is held annually on the second Monday of October, remembers Christopher Columbus’ arrival to America on October 12, 1492. But it’s suspected he actually landed in the Bahamas! This holiday is controversial because the European settlement in the Americas led to the demise of the history and culture of the indigenous peoples, who may have originally arrived from Asia. There is also strong and growing evidence that Norse explorers – Vikings – reached our shores long before Christopher Columbus — or Amerigo Vespucci for that matter, another Italian explorer who claimed to have discovered America first, which is who the US of A is named after!