Very sadly, long-time Palmyra Firefighter and all around great guy Jules Dore’ passed this morning, March 26, 2021. Following is an article first posted on the Borough’s website about Jules on June 26, 2013. Rest In Peace Jules and our condolences to his family and friends.

Three in a series of articles spotlighting Borough of Palmyra employees, volunteers and community members.

Jules R. Dore’ has been an active member of the Independence Fire Co. #1 for over 40 years.  His dedication and love for the fire department has grown along with him and his family.

After graduating from high school and enrolling in mortuary school, Jules served in the US Marine Corp Reserves for 5 years.   Jules joined Prospect Heights Fire Department in Ewing Twp., Mercer County, with his younger brother Tom in 1964.  Their mom was not happy when the two of them would run out on a fire call as she was putting dinner on the table.  When they got back from the calls, dinner was no longer on the table. In 1967 Jules joined the Pennington Road Fire Company, (also in Ewing Twp.) because they had an ambulance and Jules was interested in that too.  Pennington Road was also a social place where many weddings took place in the hall above the firehouse.  One night while Jules was bar-tending a wedding, he asked one of the waitresses if she wanted to dance.  That waitress and member of the Pennington Road Ladies Auxiliary, was Beatrice, who would become his wife in 1969.  Their reception was in that very same hall where their first dance took place, including pictures on the fire truck.  Beatrice knew the dedication it took to be a volunteer fireman since her father was also a member of Pennington Road Fire Company with Jules.

In 1969 Jules, joined the Independence Fire Co. #1 after he moved to Palmyra to take on a new position as funeral director for Snover Funeral Home in Palmyra after relocating from Ewing Twp, NJ.  One of the first people that Jules had met and become best friends with after moving to Palmyra was former Palmyra Fire Dept member John Dietz.  Jules and John both enjoyed listening to their fire radio scanners and would get in the car and would go to any multi-alarm fires in the South Jersey and Philadelphia area.  Their love of the “Brotherhood” took them to New York City, where they would visit different FDNY firehouses.

Besides the Palmyra Fire Company Family, Jules and Bea expanded their family with a daughter and son, Michelle and Marc.  Life in The Dore’ house revolved around the firehouse.  Bea has been a member of the Ladies Auxiliary since 1971, holding various positions within the organization.  She has helped with Wednesday hoagie sales, flower sales, craft fairs and whatever else needs to be done to make sure the Ladies Auxiliary is supporting the men.  Michelle has always been a fixture around the firehouse whether helping to wash the fire trucks with Dad or helping at fundraisers the firehouse would have.  Michelle has been a member of the Ladies Auxiliary since 2002 and has held the Vice President position twice.  As a little boy, Marc would follow Jules out the door to the car to try to go with him to the firehouse whenever the fire pager went off.  Ever since Marc could talk, all he ever talked about was being a firefighter.  He joined Palmyra F.D. as a Junior Member in February 1993.  Marc would keep his bike in the hallway and would ride it to the firehouse when a call came in and Jules was not home to give him a ride.  Marc also tagged along with Jules and John to the FDNY firehouses.  Marc started to eat, sleep, and breathe FDNY.  Marc’s dream of becoming an FDNY firefighter happened in July 2001 when he was sworn into the New York City Fire Department.   Marc worked his first three years in Manhattan and has worked in the Bronx for the past nine years.

Being a volunteer firefighter means being on-call 24/7.  Jules takes this quite seriously and has responded to any call at any time of the day.   In 1979, Jules had saved a man from a burning house fire on Market Street by pulling him from the house and performing CPR on the man.  The man lived and Jules was honored with a plaque from the mayor for his bravery.  Being a volunteer firefighter comes with danger as well.  In 1988, Palmyra, Riverton and Cinnaminson fire departments were called to a building fire on River Road one April night.  The building was a complete loss and the fire companies were told to fight the fire from the outside only.  A deluge gun was set up and was handled by Jules and another fire fighter.  The hose got away and hit Jules in the side of his head, knocking him unconscious and landing face down in several inches of water.   Palmyra Ambulance raced him down to Cooper Hospital in critical condition.  Lucky for Jules’ “hard head”, he only had a broken cheekbone, a concussion, and spent a few days in the hospital. However, this did not stop Jules and his love of volunteering at Palmyra.

Fireman love parades and in October 1987 Jules was co-chair of Palmyra Fire Department’s 100th Anniversary Parade.  Fire companies from all over the tri-state area, and as far away as Babylon, NY were invited to this day-long event.  Unfortunately, the weather did not hold out and it rained all day during the parade.  Last July Jules, along with his wife and daughter, were co-chairs of the fire company’s 125th Anniversary weekend celebration. This time the weather held out and the temp was around 100 degrees.

Jules became Chief of the Palmyra Fire Department in 1998 and served until 2002.  September 11, 2001, happened while Jules was Chief.  Jules’ son Marc was there that day as well as many personal friends and acquaintances.  Jules wanted Palmyra to do something to help their “Fellow Brothers” in New York City.   In the weeks after, the members of the Palmyra Fire Dept, led by Jules, headed up the NJ Turnpike to FDNY Rescue Company 5 in Staten Island, NY to help the firemen.  The Palmyra members brought the meal, washed the fire trucks, and were there to help out with whatever else needed to be done.

Living and dedicating yourself in a small town, the people become part of your family.  Having a blood brother is one thing but having a “firefighter brother” is another.  Jules has been blessed with knowing and serving the community with his Palmyra Fire Department “Brother’s” for over 40 years and plans to be around for many more years. 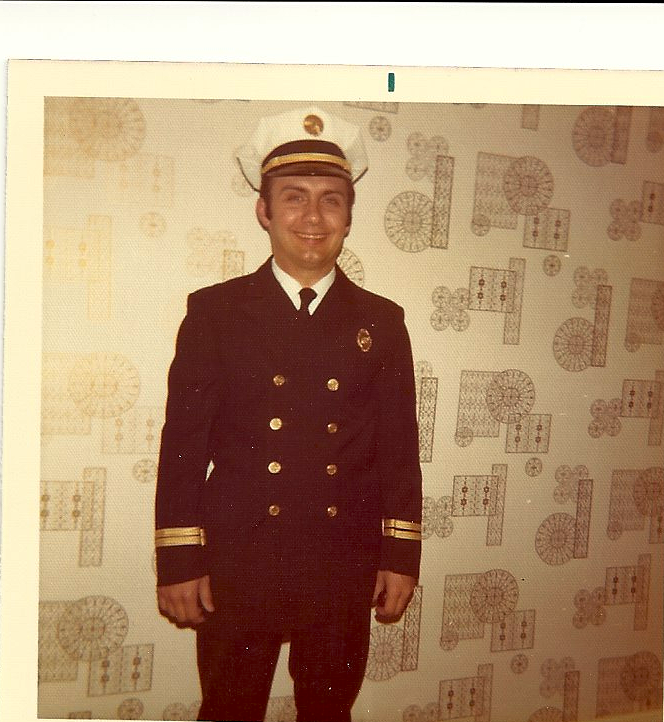 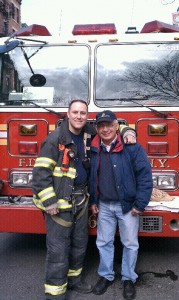 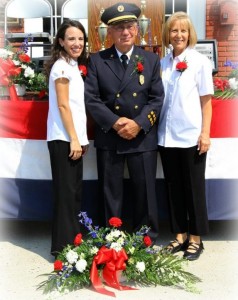 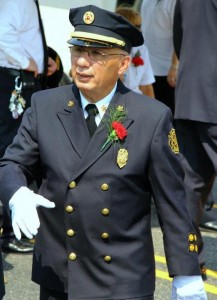